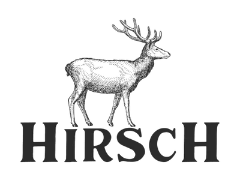 Conventional industrial farming may be profitable, but it’s also incredibly damaging to the environment, your health, and the health of the animals involved.

Where conventional farming methods have left us

As we said above, conventional farming methods have become conventional for a reason: they maximise a company’s efficiency, and therefore maximise its profit margins. Conventional agriculture is also highly scalable: in the UK this type of agriculture provides roughly 60% of the nation’s food while employing only 1.4% of the population. [1]

As efficient as conventional farming may be, it simply ravages the earth. Conventional methods are shown to cause:

…and many, many more problems — non of which are favourable. More on these common downsides below.

Conventional farming has made fertile land barren. Bees, ladybugs, and other insect species are losing their natural habitats at an alarming pace. Over 97% of wildflower meadows have been lost in the UK alone. (As an aside, you can help save the bees by planting some wildflowers at home!)

Here’s another sobering statistic: over 40% of Britain’s wildlife species are on the decline compared to their 1970s populations. More than one in ten species is now facing extinction. [2]

While the losses of UK insect and wildlife species are equally troubling, other stats show that insect life is being lost eight times faster than mammalian life. [3] The main cause of these losses? Hyper-intensive conventional farming. At this rate, insect life in its entirety could be gone within a century.

Conventional agriculture requires heavy use of pesticides to reach the production levels that it does. These pesticides are designed to kill rodents, insects, and other pests. They can even kill plants — which is why many modern crops have been genetically modified to become pesticide-resistant. Decades’ worth of pesticide use means that several toxic pesticides can now be found in our food products, rivers, and farmlands. It’s thought that these pesticides are the driving force behind Britain’s insect die-offs.

By this point many consumers understand the importance of staying away from meat that’s been treated with artificial growth hormone (also known as rBST or recombinant bovine somatropin). This hormone is designed to mirror the growth hormone that’s naturally produced by cows — making them unnaturally large and muscley in the process.

rBST’s safety has been hotly debated for decades. Most countries have made its use illegal. Even dairy producers in areas where rBST is legal have attempted to calm consumer fears by labelling their products with “milk from cows not treated with rBST” or similar statements.

Yet rBST isn’t the only hormone that gives cause for concern. The use of trenbolone, estrogen, and anti-thyroid substances is also common among feedlot cattle. Most often these hormones are administered with timed-release pellets that get injected into an animal’s ear. Some feedlots take things a step further and just add estrogen to their animals’ feed blends. [4]

Why all the hormone use? Much of it stems from a desire to increase feed efficiency. Estrogen, for example, may reduce a cow’s calorie requirements by up to 10%, allowing cows to grow larger on less food.  Michael Pollan explains the financial incentives offered to farmers who take this approach: “an implant costs $1.50 and adds between 40 and 50 pounds to the weight of a steer at slaughter, for a return of at least $25.”

Requires the use of antibiotics

Life on a feedlot farm is inherently stressful for the cattle involved.

Their corn-based diet causes frequent health problems, as do all the synthetic hormones they’re given. Feedlot cows often rely on antibiotics just to stay alive — otherwise they might very well contract fatal diseases before being ready for slaughter.

Making matters worse, rampant antibiotic use can affect the humans who consume these animals. It’s already been linked to the evolution of antibiotic-resistant human pathogens. [5]

Most feedlot animals are fed an entirely unnatural diet of soy, maize, and cheap grain. They may go their entire lives without eating their preferred diet of grass.

Why is this so bad? Because the phrase ‘you are what you eat’ applies to animals, too! The fat stores of feedlot cattle and pigs have an unhealthily-high omega 6 to omega 3 ratio. This ratio has been implicated in a variety of diseases: cancer, autoimmune diseases, and heart disease, to name just a few. Stay away from eating feedlot animals if you want to minimise your chances of developing health problems down the road. Opt for grass-fed, organically-raised animal products instead — these products have a much more favourable omega 6:3 ratio. [6]

Way back in 1957, a researcher named James McConnell found that some aspects of memory could be transferred from one creature to the next. McConnell’s research was soon replicated in rats, fish, and other species. McConnell and his fellow researchers concluded that the peptides (small proteins) in an ingested animal can transmit memories and behaviours to the animal eating it. [7]

Ph.D. endocrinologist Ray Peat thinks so. “People who eat meat from stressed animals are substantially replicating the experiments of McConnell and Ungar,” Peat explains, “except that people normally eat a variety of foods, and each type of food will have had slightly different experiences in its last days of life. The old idea, ‘one is what one eats’ has evolved far beyond ideas of simple nutritional adequacy or deprivation […].” [8]

Even in the unlikely event that stressed cows aren’t less nutritious than their happier counterparts, subjecting animals to harshly cramped conditions is wrong on several other levels. Supporting organic farming businesses is a great way to ensure that you’re supporting more ethical treatment of animals. For these reasons and others, at Hirsch Organic we go the extra mile in ensuring that our cattle have the very best of living conditions.

The many benefits of organic farming methods

Organic farming does permit the use of several classes of pesticides, but these pesticides are a far cry from the chemicals used in non-organic farming. By law they must be derived from natural substances like citronella or peppermint oil, and even then, their use is closely regulated.

Organic farming is demonstrably good for the plant and animal life that exists within its environment. Organic farms are essentially ‘safe havens’ within which these species can thrive and proliferate.

Plants enjoy lower risks of developing fungus and other diseases…insects avoid being damaged by chemical pesticides…birds are free to make nests and feed their young without much disruption. While it’s impossible to go back to the garden of Eden and create a total agrarian paradise, organic farming might be our best way to come close.

Organic farming also enables the land to look out for itself. With every cycle of planting and harvesting, the soil gets that little bit richer in nitrogen, earthworms, and ‘good’ microbes,

A clear example of these benefits can be seen by looking at bees. As you probably know, bees survive by drinking the nectar of plants and flowers. Bees’ movement from flower to flower bees results in higher fertilisation rates — meaning more flowers next year. Studies show that 75% of our food crops depend on pollinators for their very existence. [9] Without bees we wouldn’t have any strawberries, potatoes, or even coffee beans. [10] Insect pollination is worth a mind-boggling £690 million to UK crops each year.

All in all, there are roughly 50% more plants, insects, and birds on organic farms than there are on non-organic ones.

Let’s turn our attention away from above-ground life for a moment and focus on all the valuable species that exist underground.

The soil beneath your feet (or beneath your house) is home to roughly one-quarter of all the planet’s life forms. Here’s a titbit to give you an idea of how rich the soil really is: a single gram of it may contain as many as 10 billion micro-organisms. Fungicides can and do destroy these organisms — but organic farming practices allow them to thrive. And with healthier soil, of course, comes healthier plants, animals, and humans.

Is organic farming the future?

At Hirsch Organic we believe that organic farming has the potential to sustain us and our planet for the long run. Here’s to a brighter, more organic future.

Organic vs. Non-Organic Organ Meats: Does it Matter?